Applications are now being taken for the Quesnel Healthier Community Grant - the deadline to apply is Friday, May 23rd at 4:30pm

A link to the application form is here

~SF
Posted by Steve Forseth at 5:20 PM No comments: Links to this post

Courtesy of the BC Government Caucus:


Involved in the arts for 30 years in Quesnel, Pat Wahlstrom was the long-time coordinator for the Quesnel Art Gallery, a position that she undertook with enthusiasm and her can-do attitude. She oversaw all the details critical to the operation of a community organization that is known for excellence in Quesnel and throughout the arts and culture sector in British Columbia.
Posted by Steve Forseth at 5:13 PM No comments: Links to this post

Editor's Note - having known Lynette Cobb for a few years, she receiving the BC Community Achievement Award is well deserved.  Congrats, Lynette!!!


Courtesy of the BC Government Caucus:

“For years, Lynette Cobb has been a community leader and champion who has led by example,” said Cariboo-Chilcotin MLA Donna Barnett. “Thank you Lynnette, for your tireless dedication and service to Williams Lake in all of your many volunteer roles in community mental health.”

Lynnette Cobb has volunteered 48,600 hours in support of the Canadian Mental Health Association Crisis and Counselling Centre, Cariboo Chilcotin Branch. She has also volunteered over 3,000 hours for RCMP Victim Services. Lynnette was instrumental in the construction of Baker Manor, a supportive housing facility for people with disabilities. Lynnette’s actions help make her community a better place to live.
Posted by Steve Forseth at 5:10 PM No comments: Links to this post

The Central Cariboo Arts and Culture Society is pleased to announce the recipients of the 2014 CCACS Grants Program. Project grants were available for non-profit organizations or community groups in Williams Lake and the Central Cariboo (CRD Areas D, E, and F) to support and develop arts and culture within this region.

For further information or for interviews please contact CCACS Coordinator Leah Selk at 778-412-9044 or email info@centralcaribooarts.com.
Posted by Steve Forseth at 2:12 PM No comments: Links to this post

1) Chief Ann Louie of the Williams Lake Indian Band (T'exelc) appeared before Council to request Council to deal with an increase of First Nations racism as a result of 'New Prosperity' being rejected earlier this year.

Resolved - That the presentation be received

1) Council received for information the accounts payable computer cheque listings for the periods ending April 10, 15 and 24, 2014

5) Council approved the disposition of part of the dedication of road dedicated on Plans 8753, 1544, 16279, all in District Lot 7045, Cariboo District and adjacent to 1148 Broadway Avenue South, in exchange for paving works over part of the remainder of the laneway, which part will remain vested in the City.

6) Council approved the installation of no parking signs on both sides of Dutch Point Road, subject to the approval of CN Rail and further Staff bring a report back to Council on the outstanding issues on Dutch Point Rd

7) Council received an application for DVP #7-2014 (WCD Holdings Ltd. - Utilities Servicing from "Underground" to "Overhead" - 800 Highway 97 North). The DVP will be formally considered at the May 27th meeting of WL City Council

8) Council received the application for a Development Permit from architect Wendy Rempel on behalf of WCD Holdings Ltd. for the development of a new automobile sales and service centre at 800 Highway 97 North, subject to receipt of a maintenance agreement with extended bonding to ensure establishment of the proposed landscaping. Staff were directed to distribute notification of the development permit application to the surrounding property owners within a 100 metre radius and comments and recommendations be brought back to Council for further consideration at the May 27th Council meeting

9) Council and the community was encouraged to attend the McDonald's Bicycle Rodeo on Saturday, May 3, 2014 at the Canadian Tire parking lot from 11:00 AM to 2:00 PM.

11) After a public hearing held earlier in the meeting - Council gave 3rd Reading to Zoning Amendment Bylaw No. 2211 (WCD Holdings Ltd - 800 Highway 97 North for new Ford dealership). The bylaw now goes to the Ministry of Transportation for approval, as per Section 52 of the Transportation Act

12) Council adopted Zoning Amendment Bylaw No. 2208 by the following vote:

15) Council received the 'Council Information Package' as of April 29th as follows:

Councillor Hughes discussed with Council the City of WL's 85th Birthday activities on Saturday, May 3rd (all day)

Meeting adjourned at 9:27pm
Posted by Steve Forseth at 9:27 PM No comments: Links to this post

Courtesy of the City of Quesnel:


2014 Financial bylaws
Council proceeded with the first three readings of Financial Bylaw No. 1736 of 2014 and the first three readings of Tax Rates Bylaw No. 1737 of 2014.
What this means to residents: The average residence (based on an average home assessed at $161,553), will see an increase of 2.5% to the municipal portion of their property tax bill; an increase of 4.4% to the Cariboo Regional District portion; and a decrease of -0.5% to the School Tax portion. The average residence will see an overall increase of $31.11 to their property tax bill, based on the average home assessment above.

Local government elections
Council appointed Gina Albers as the Chief Election Officer along with Maureen Murray as Deputy Chief Election Officer in order to conduct the 2014 Local Government Election in Quesnel in accordance with the Local Government Act.
Public input sought for new licence
Council will proceed with public input regarding the Liquor Primary Licence Application from Rev Bowling Lanes located at 452 Reid Street. The public consultation date has been set for Mon. June 9 at 6:30 p.m. in Council Chambers.

City to make presentation on area based tenure conversion
Council approved the preparation of a presentation to the Ministry of Forests, Lands and Natural Resource Operations regarding forest tenure conversions from volume based to area based. The reports with respect to this issue are available within the Agenda on the City’s website as noted.
The BC government is contemplating policy changes that would enable, on an invitation basis only, the conversion of some volume-based forest tenures to area-based forest tenures. The intent is to help address the issue of a declining timber supply in our area due to the mountain pine beetle.
Comments on the Ministry’s discussion paper are welcome from the public until noon, Fri. May 30 and can be submitted online at engage.gov.bc.ca/foresttenures, via email to Forest.Tenures@gov.bc.ca, or by fax to 250-387-6445. Residents are encouraged to submit their comments to the provincial government.

DVP for Johnston Meier building
A Development Variance Permit\Development Permit Amendment was approved by Council for the new Johnston Meier building located at 199 St. Laurent.
The variance amendment approved affects the number of on-site parking spaces, now permitting 17 parking spaces from the 22 required by bylaw. The permit changes were to the outer cladding of the building moving to materials that better suit the characteristics of the downtown core. The development permit allows for a two storey building with office spaces on the main floor and six apartment style dwellings on the second floor.

Other news
-          City’s website is now linked to the new Quesnel-Shiraoi Twinning Society’s website,www.shiraoihouse.com.
-          A technical error in Quesnel’s Official Community Plan Amendment Bylaw No. 1734 has been corrected and a public hearing date has been scheduled for Tues. May 27 at 7 p.m. in Council Chambers. Zoning Amendment Bylaw No. 1735 will also be heard at the May 27 meeting.
-          City has been successful in their application to the Local Government Management Internship program. Intern will start on May 1 for one year.


NEXT North Cariboo Joint Planning Committee Meeting: Tuesday May 13, 5:30 p.m.
Posted by Steve Forseth at 12:02 PM No comments: Links to this post

In his 1st post of 2014 on his personal blog - former Williams Lake CAO and now CAO of the District of Lake Country, Alberto DeFeo, talks about why this November's local government elections should matter to you, the voter.  He also has words of wisdom for potential candidates and why candidates should run for office and why they shouldn't and what candidates may be in for, should they be elected on Saturday, November 15th

Read more here
Posted by Steve Forseth at 9:48 AM No comments: Links to this post

Day of Mourning for Workers... 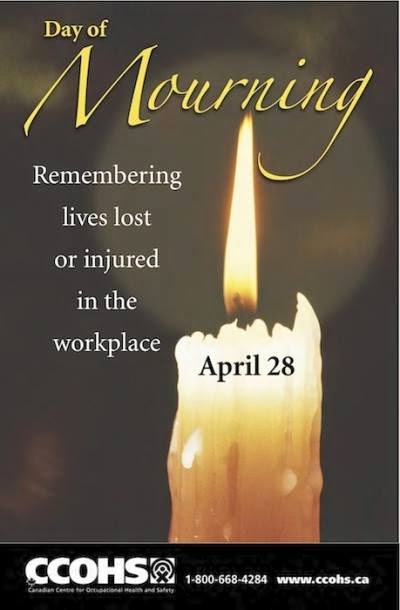 At 11am - A "Day of Mourning for Workers" event will take place at Williams Lake City Hall.

~SF
Posted by Steve Forseth at 7:41 AM No comments: Links to this post

If you cannot place your refuse and debris curbside or lane side, you must fill out a Waiver form to allow the City of Quesnel access to your property. You may drop off your completed waiver at Quesnel City Hall (410 Kinchant Street) or Public Works  (21 Johnston Bridge Loop).
Posted by Steve Forseth at 1:19 AM No comments: Links to this post

Both the Cities of Quesnel and Williams Lake Councils' as well as School District #27 (Cariboo-Chilcotin) will be meeting next week as follows:

Special Committee of the Whole meeting on Monday, April 28th at 5:30pm in the Rick Hansen Boardroom at WL City Hall (450 Mart St) to discuss 2014 City of WL Tax Rates.  Link to the Agenda is here

Please note - a Public Hearing is to be held on Tuesday at 7pm for Zoning Amendment Bylaw #2211 of 2014 to authorize the new Lake City Ford dealership on Highway 97 North.  View the full Agenda here and the Public Hearing notice here

1) 2014 Utility Payments to the City of Williams Lake are due Monday at 4:30pm (either in full or arrangements for quarterly payments).  Failure will cost you an additional 10% late fee

2) Not doing anything Sunday - help out the local Cycling Club to repair the Fox Mountain Bike Trail. Read more here
Posted by Steve Forseth at 4:17 PM No comments: Links to this post

Yesterday - CBC Daybreak North looked at the use of the environment component of the Gas Tax Fund to fund road repair.  Former Prince George Mayor Dan Rogers says this is illegal while current Prince George Councillor Cameron Stolz says the amended rules now allow for Gas Tax Funds to be used for road repairs.  Listen to the Stolz vs Rogers debate here

For a look at the local municipalities of Wells, Quesnel, Williams Lake and 100 Mile House…

If you want to look up your municipality for individual projects funded by the Federal Gas Tax Fund - click here
Posted by Steve Forseth at 2:38 PM No comments: Links to this post

Any Local/Provincial or Fed Gov't Issues/Concerns? Fill out the form and I'll get back to you ASAP

Involved with local, provincial and federal politics. I am also the Cariboo Regional District Electoral Area 'D' Director
Twitter - https://twitter.com/sforseth000
Facebook (Personal):
https://www.facebook.com/steve.forseth.3
Facebook (CRD - Area 'D' Director):
https://www.facebook.com/pages/Steve-Forseth-CRD-Area-D-Director/530711320407846
Phone - 250-267-6725
Email - sforseth000@hotmail.com (Blog related or personal) or sforseth@cariboord.ca (CRD Business only)
** Please note that any blog posts here are not an official record or commentary of any Local Government or Board of Education in the Cariboo Chilcotin and you are advised to go to their respective websites for the official version of meeting minutes or relevant documents **